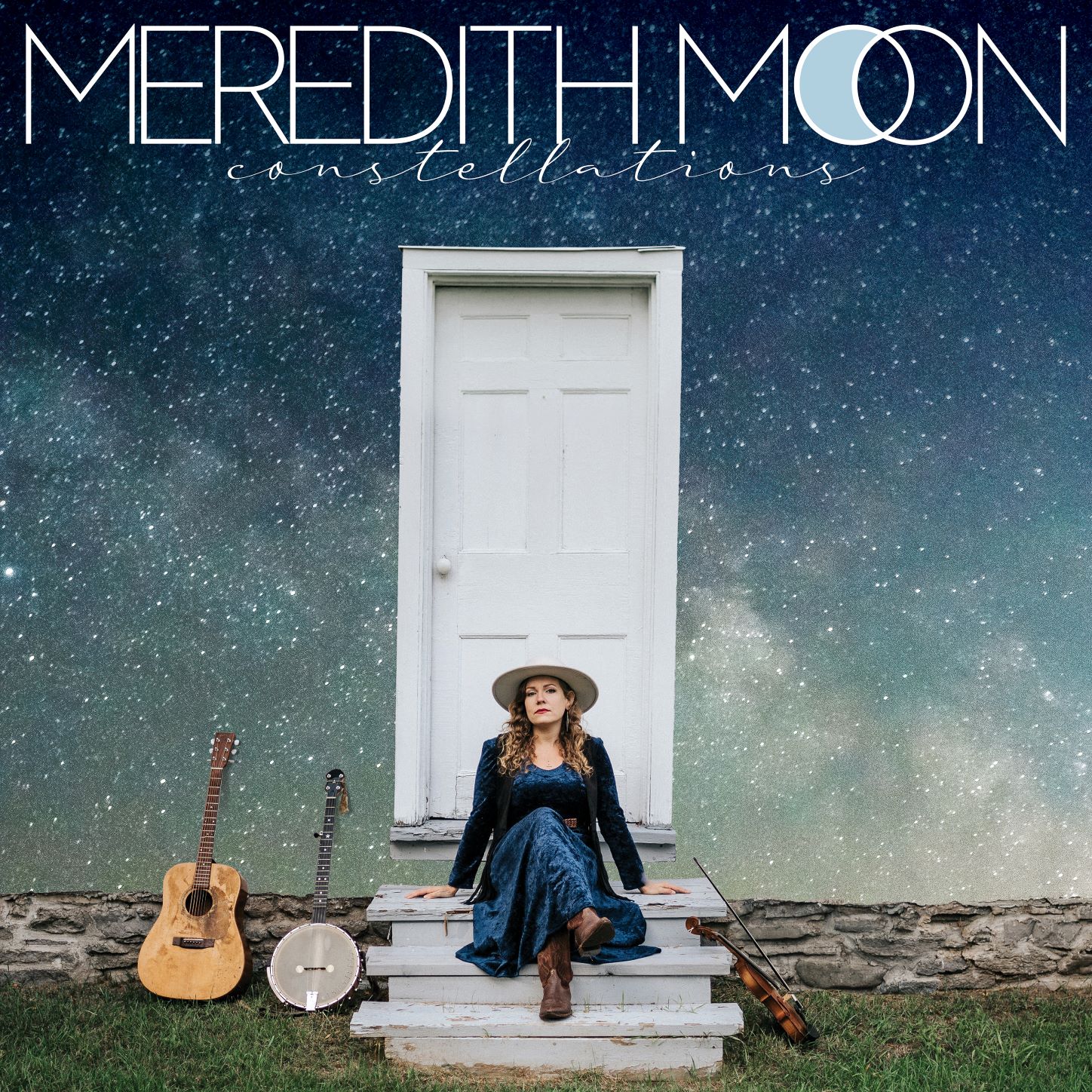 Growing up in a musical family is not uncommon for many emerging artists, but for Meredith Moon, living in the shadow of her father Gordon Lightfoot’s spotlight, the expectations were onerous. So for the past decade Meredith kept a low profile, taking time to develop her songwriting, avoiding the Lightfoot association, practicing and performing her songs in folk clubs and online forums incognito, wherever there was an appreciative audience to be found. And there were many.
Now signed to the acclaimed Canadian roots music label True North Records and acknowledging the marketing demands of the music industry, has resulted in the forthcoming global album release of Constellations, a 10-song collection that showcases Meredith’s unique voice and captivating lyrics, wrapped in an raw neo-traditional folk sound.

A five-Time Mariposa Folk Festival performer, hiding her lineage with the simple description as a “multi-instrumentalist songwriter,” Meredith’s songs are crafted in a true storyteller's fashion. She has been described as a 'gem' among the Old-Time music scene for her unusual expression of the genre, combining influences of folk-punk with traditional Appalachian step-rhythms and banjo.

Meredith Moon Is On Tour!